3. The Foundation of the Order of St. John through Blessed Gérard

Concerning what I call in a particular sense the foundation of the Order of St. John, the opinions of the historians differ considerably according to their intention, either to proof the independence of the foundation, or to proof a long tradition. The one group of historians states, the hospital would have been destroyed in the Seljuks' Raid AD 1070 - 1078 and would have been rebuilt soon afterwards. Other historians think, the hospital would have withstood the Seljuks' Raid and its director would also have been in Jerusalem during the siege in 1099. 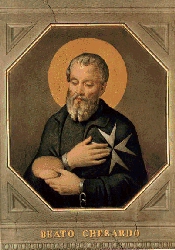 A fresco in the Chapel of the contemporary Grand Magistry in the Via Condotti in Rome depicts Blessed Gérard (Beato Gherardo) chained with a loaf of bread in the left hand. This reminds us of the legend which tells us, Blessed Gérard would have thrown loaves of bread over the walls of Jerusalem to the hungry crusaders during the siege of six weeks preceding the conquest. He would have been caught and brought before the Ottoman defenders to be charged for supporting the enemy. When evidence was to be produced the loaves of bread in his coat had miraculously changed into stones and Blessed Gérard was acquitted.

Blessed Gérard reorganised the former guest house, which was then the hospice or hospital of Jerusalem totally in AD 1099, the year of the conquest of Jerusalem by the crusaders.

Of course, he had to do so, because there was a vast increase of patients admitted to the hospital from among the crusaders themselves and all those who followed their trail as pilgrims again into the freed Holy City. This reorganisation is considered the foundation of the Order of St. John.

For this work it is irrelevant if that reorganisation now means either the detachment from the maybe still existing mother monastery of St. Maria Latina and the modification of the Rule of St. Benedict, or the gradual change of the Brotherhood of the hospital, which was presided over by Gérard, into a religious order in the sense of a daughter foundation, which now took on a mother's role for the Brotherhood which continued to exist. It is certain, that from this time on the Brothers of the Order , which since then is called the Order of St. John, vow to live a life according to the Evangelical Counsels - poverty, chastity and obedience -, wear their own religious vestments ( a black habit with a white beam cross at the left side) and live according to their own regulations. Unfortunately these original regulations got lost, but we may assume, that is was - like the first preserved Rule of Gérard's successor, Raymond du Puy - a conglomerate consisting of Augustinian and Benedictine ingredients with independent additions. Therefore I cannot second the opinion , that the community under Gérard's leadership would have been nothing more than a group of people of similar interests loosely joined together. This is not in contradiction to the fact that in the particular sense of Canon Law we can call the community an independent order only since the time between 1135 and 1153. 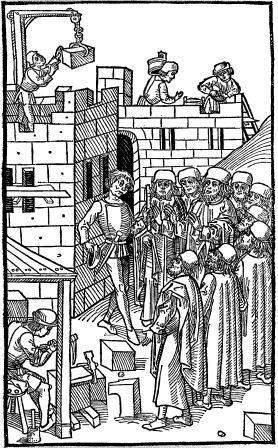 Many pilgrims joined the newly founded order (when it was first founded) as helpers and brothers already in Gérard's times. 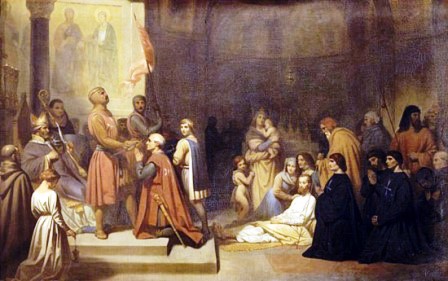 Rich donations, e.g. by Godfrey of Bouillon and King Baldwin I (1108) enabled Gérard amongst other things to erect branch hospitals in European Mediterranean harbours. Already before 1113 there were branch hospices at the castle of St. Egid, 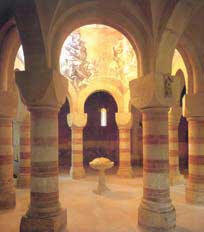 Pisa, Bari, Ydrontum, Tarent and Messina. Pilgrims, who got sick, should be treated there at an early stage, because otherwise the influx of sick pilgrims into the Hospital of Jerusalem would have become too big, especially as the passage to Jerusalem was free again in these times and therefore pilgrims came to Jerusalem again in large numbers. 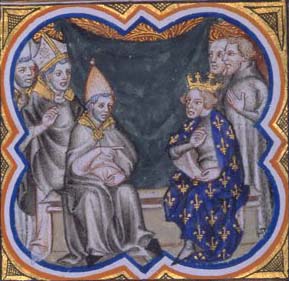 Pope Paschal II. (13.8.1099 - 21.1.1118) confirmed the hospital community on February 15, 1113 through the bull "Piae postulatio voluntatis" as a religious order, he took on the protectorate of the hospital and confirmed the acquisitions and donations of the Order in Europe and Asia. The text (in English translation) is as follows: 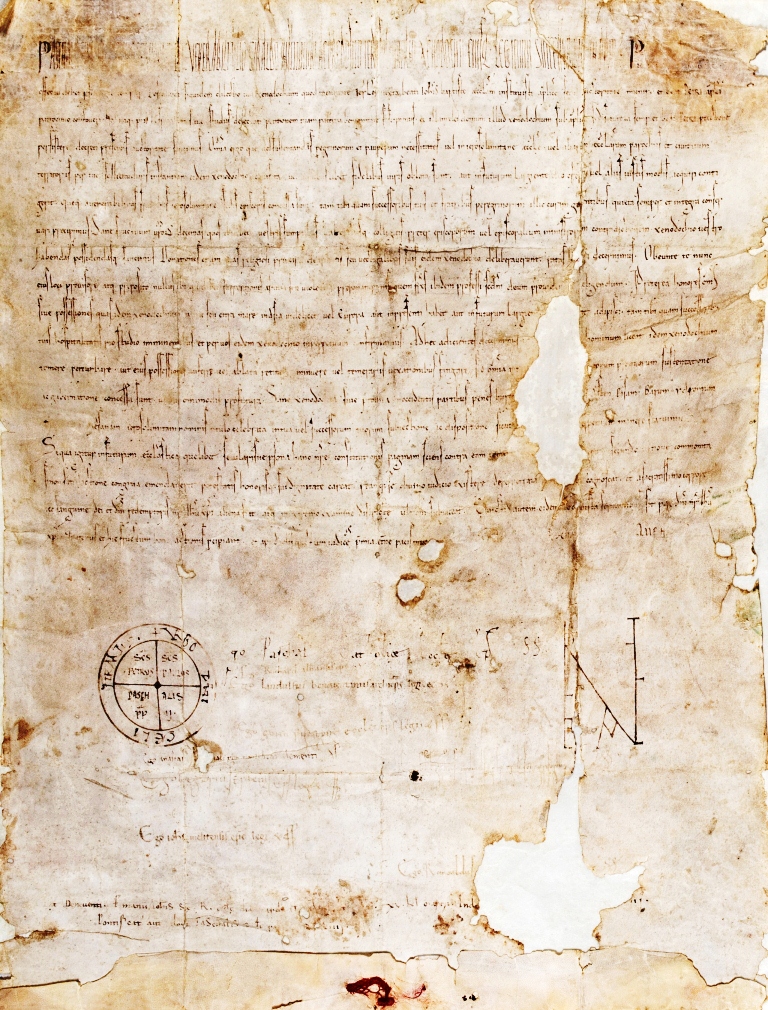 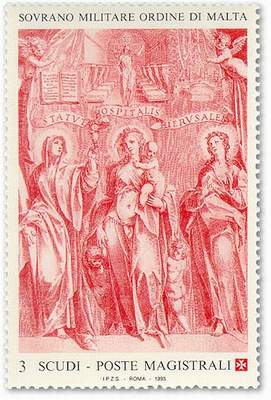 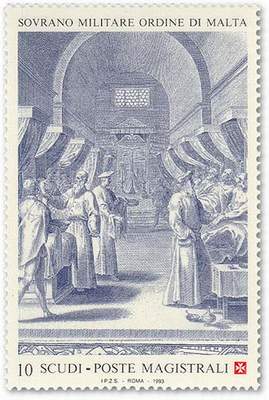 Stamps of the SMOM commemorating the above "foundation bull"

Already at that early stage (before 1113) the Order had spread to Europe. The above bull quotes a xenodocheum in St. Gilles, which lies in the Provence in France and xenodochea in Asti, Bari, Pisa, Otranto, Tarent and Messina (all in Italy).

Pope Calixtus II. (1119-13.11.1124)
confirmed the privileges and possessions of the hospital and especially Pope Paschal II's bull "Piae postulatio voluntatis" through his bull "Ad hoc nos" dated June 19, 1119. The order started to become exempt gradually already at Gérard's times, but initially - except the exemption from tithes - not yet from the episcopal jurisdiction. Papal bulls from this and the following times proof that. 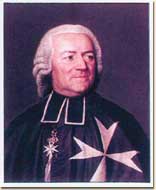