3. 1. The grave and relics of Blessed Gérard 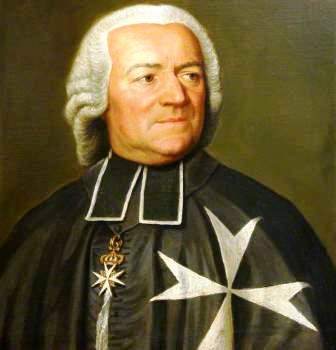 The original tomb at Jerusalem:

Blessed Gérard's "tomb lay within the precincts of the Hospital, most likely in the church."

First transfer of his remains to Manosque/France after 1187, but before 1283:

"The body of the Blessed Gérard ... appears to have been translated  from Jerusalem sometime after 1187.

It is still an open question how the remains of Gérard Tenque come to Manosque.
Theodore Andrea Cook writes in “Old Provence”: “In 1080 a citizen of Martigues, Gérard Tenque by name, founded the Hospital of St. John at Jerusalem, which afterwards became the great order of the Knights of Malta; and the husband of Gerberge, Countess of Provence, who was called Gilbert the Good, brought back many relics from the Holy Land which were afterwards to be seen in the churches of Arles and all its district”  Could it have been Gilbert the Good, who brought Gérard Tenque’s relics to Manosque?

In 1283 Blessed Gérard's body was contained in a 'very precious silver guilt box with many precious stones' in the Hospitaller chapel in Manosque, in Provence, where it remained until the French Revolution.

Msgr. François Ducaud-Bourget: The Spiritual Heritage of The Sovereign Military Order of Malta, Vatican 1958 writes:
“it was at Manosque, without any doubt whatever, that his relics remained from 1283 -  that is, from the capture of Acre by the Mohammedans and the rallying of the Hospitallers on Cyprus - until the French Revolution destroyed them."

The skull, however, was transferred to Valletta, in Malta, in 1749 by order of Grandmaster Emmanuel Pinto.

Several sources (e.g. Ducaud-Bourget) state that the relics were destroyed (at Manosque) during the French revolution. Just a humerus and a vertebra were obviously saved.

Transfer of safed relics to Martigues/France:

"Yet, a humerus and a vertebra of the holy body were saved and kept in the church of Martigues. After the "separation" and inventories, it has been possible to see these remains in a closet of that city's town hall.” (Ducaud-Bourget)

The author of this page is aware of the following relics of Blessed Gérard:

Denys Pringle: The Churches of the Crusader Kingdom of Jerusalem: The city of Jerusalem:
http://books.google.com/books?id=X0jH6VPi4-gC&lpg=PA205&ots=biqnJ8ttVj&dq=Martigues%20G%C3%A9rard%20relics&pg=PA205#v=onepage&q=&f=false