He was chancellor of Jerusalem. He died 1190. Born in the Holy Land, studied in Europe and returned home  to be appointed archdeacon of Tyre in 1167. In 1170, appointed tutor to the future king Baldwin IV, who made him chancellor on his accession. Wrote his highly regarded history between 1169 and 1173, and became archbishop of Tyre in 1175. 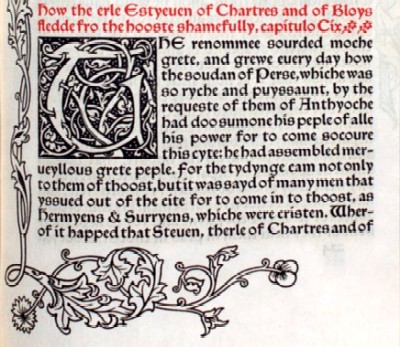 William of Tyre, Archbishop of Tyre, ca.1130-ca.1190. The History of Godefrey of Boloyne and of the Conquest of Iherusalem. Hammersmith: Kelmscott Press, 1893. 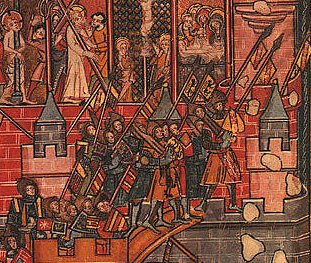 Crusaders from William of Tyre's History of Deeds done Beyond the Sea (Text from the Internet Medieval Sourcebook.)

William of Tyre on Encyclopedia.com 2002