f. The Veneration of the Saints

The Order's veneration of the Saints is another element of their spirituality necessary to be mentioned here. This subject is rarely mentioned in the sources from the early time this work is dealing with.

Mary, the Holy Mother of God and St. John are named only once, i.e. in chapter 15 of the Rule ("All these things ... we command and ordain in the Name of Almighty God, and of the Blessed Mary, and of the Blessed St. John, and of the (holy) Poor." (only the German source inserts "holy"). This formula so to speak introduces Holy Mary, St. John and the holy Poor as patron saints. We know already from history that the hospital's church was erected next to the church of St. Mary Latina and that its roots go back to this monastery. The veneration of Mary obviously continued from there. From later times (about AD 1239) we know for sure that when the novices were received into the community of the Order they had to pronounce: "I vow and promise to God Almighty, to the Most Blessed Virgin Mary and to Saint John the Baptist, that I will always be obedient to the superior which God and our Order have given me, that I will live without property and that I will keep chastity, so help me God." Moroso refers to Bosio's reports on the veneration, which the Knights showed to the Most Blessed Virgin and on the shrines, which they erected in her honour. The shrine of Our Lady of Liesse is especially worth being mentioned among those, which was built by three French Knights, who were saved miraculously by Mary." (Moroso. loc. cit.. S.4) The veneration of the picture of Our Lady of Philermos plays an important role later on at the times of the Order on Rhodes until today. The veneration of Our Lady of Damascus and Our Lady of Lourdes are other contemporary Marian devotions of the Order.

The Order's veneration of St. John plays a special role, particularly as the Order is named after him. For the moment we have to distinguish though:

The hospice for men and its chapel, which was built as an extension of the monastery of St. Mary Latina, was originally dedicated to St. John the Almoner towards the end of the 11th century. The historians, which regard the hospital of St. John of Jerusalem as a continuation of the hospice, also call him the first patron Saint of the Order of St. John. He was a noble man from Cyprus, born in AD 550. He became patriarch of Alexandria in Egypt. He soon was venerated as one of the biggest benefactors in the eastern sphere, because he dedicated himself especially to the Poor and the Sick. He founded hospitals and houses for the poor and he was the first to call the Poor and Sick his "Lords and Masters". He died between AD 616 and 620. 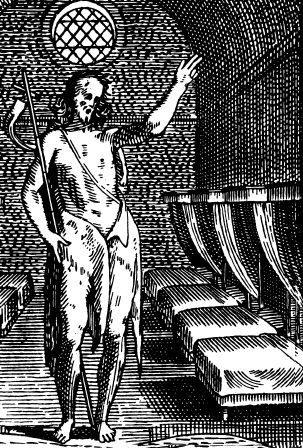 Most of the historians who deny a dependence of the Hospital from the Amalfitan hospice, regard St. John the Baptist the patron saint of the Order right from the beginnings. The first document which mentions John the Baptist is the deed of gift of Foupier Favard for the land Diosolvol. This document dates back to the time between AD 1106 and 1110. At the latest from that time onwards, i.e. still in the times of the founder Gérard, St. John the Baptist is to be regarded as the patron saint of the Order. Thus also the bull "Piae postulatio voluntatis" of Pope Paschal II. from February 15th, 1113 calls John the Baptist the Patron Saint. He was venerated as the forerunner of Christ. He lived in the desert, where he preached, like the Brothers of the Order of St. John, who went into a foreign desert like area, to serve Christ there. 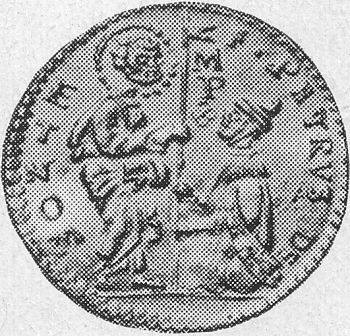 St. John (probably as the Vicar of Christ) is symbolically depicted on coins of the Order of the beginning 16th century as a feudal lord, who enfeoffs the Grandmaster with banners, 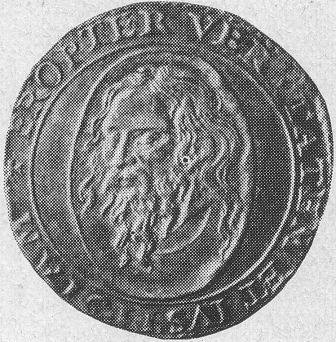 or his (St. John's) head on the plate after his decapitation,

whereas the Grandmaster and the Order's Council kneel praying in front of Christ's grave on the oldest seals of the Order.

Waldstein-Wartenberg mentions the veneration of St. John the Baptist as the patron saint of the Lonely and of the baptisteries in France and Bedford reports that St. John was venerated also a patron Saint of the Sick - he refers to epileptics.