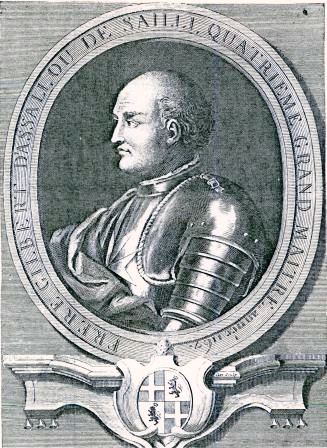 Frà Gilbert, an Anglo-Norman Soldier, reports King, "had been one of the Bailiffs of Syria since 1146. He probably derived his origin from the family of Assalit, a name well known in Languedoc. He was the first of the great military Masters of the Hospital, and under his rule its militarisation proceeded so rapidly, that within a few years we find the Hospitallers seriously rivalling the Templars in military strength. The failure of an expedition against Egypt and failing support from within the Order made Frà Gilbert resign his office in AD 1170.

He drowned off Dieppe on his way to see king Henry II of England.